Before the start of the second round of Group A, all 24 teams participating in the current European Championship have completed their appearances. Among several favorites teams to win, the performance of the Italian team is undoubtedly impressive. The opener of the tournament has always been difficult to play, but Italy not only defeated Turkey but also won cleanly. 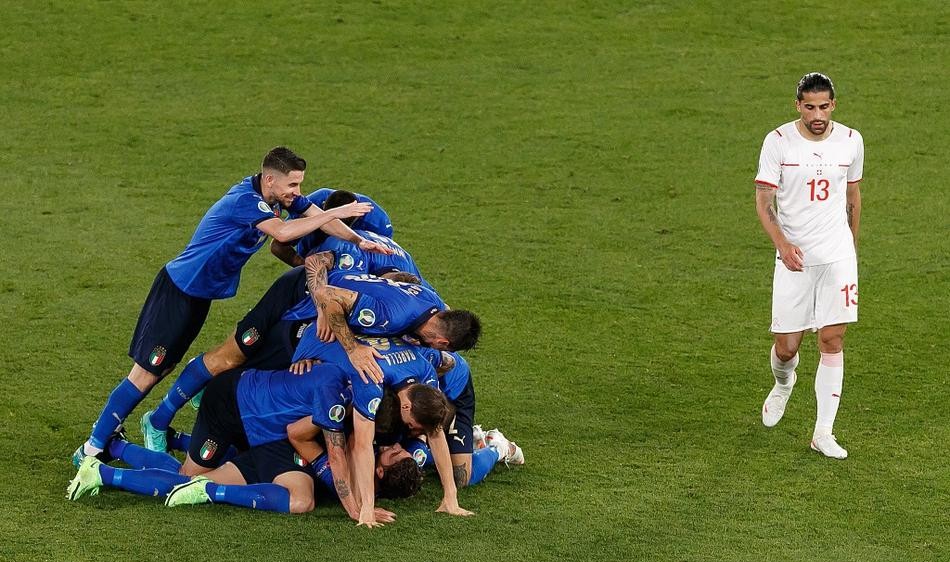 In the early morning game against the Swiss team on the 17th, Beijing time, the Italian team continued the excellent state of the first game, and even the score was exactly the same. Throughout the game, although the Italian team did not dominate the ball, they basically contracted all the excellent scoring opportunities, and the number of shots was far higher than their opponents.

The deadlock was broken in the 26th minute. The attack was launched from Italy's own half. Locatelli and Berardi pierced the opponent's defense through cooperation, and Locatelli easily completed a push and scored the goal. 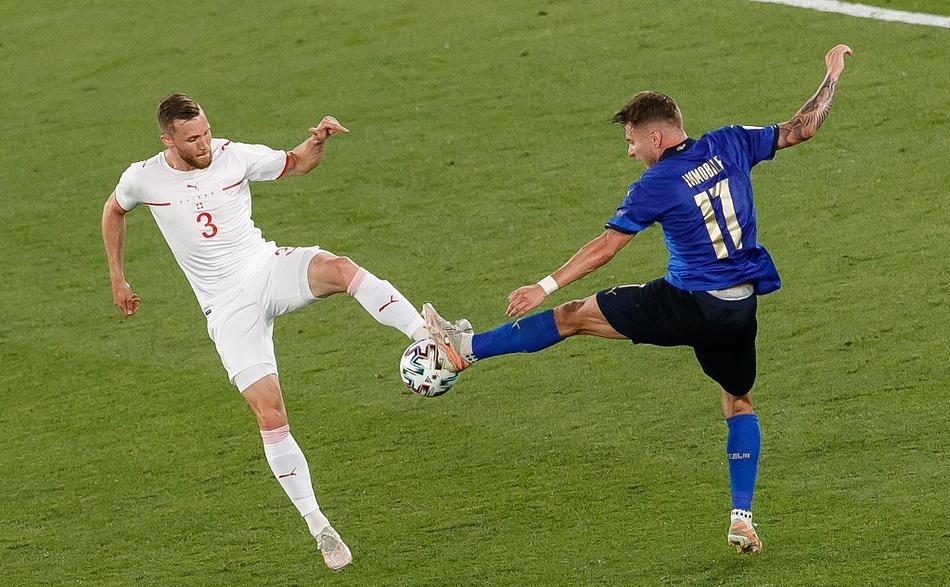 In the second half, Locatelli received an assist from Barrera and scored twice with a long shot from the top of the penalty area. The 23-year-old became the third player in history to score two goals for Italy in the European Championship finals.

Before the end, Immobile used a long shot to finalize the score at 3:0. In another match of the same group, Wales defeated Turkey 2-0, and the Italian team, which had won two big victories, had already secured a round of 16 spots in advance. 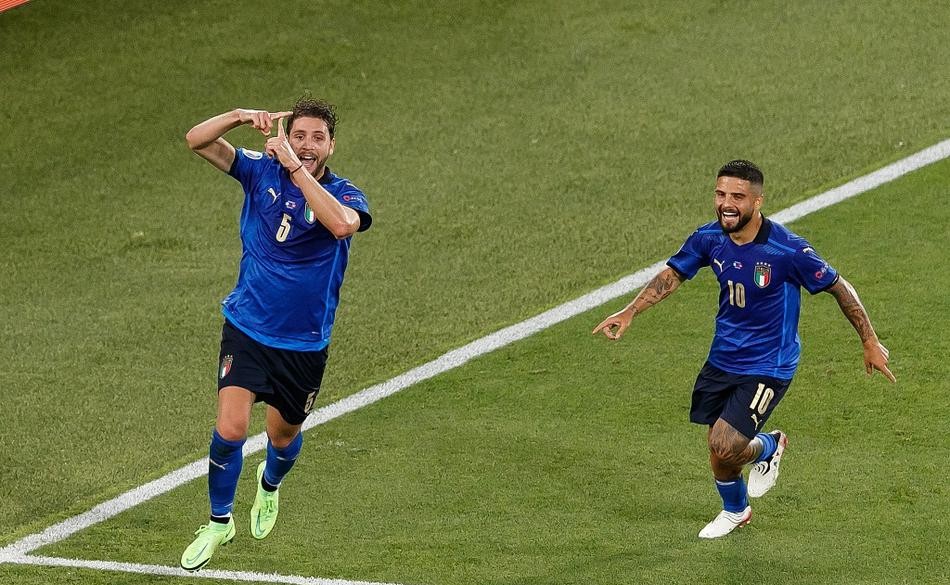 Today's Italian team seems a little different from the team that fans have in the past. Looking through the history of the European Championship, you will find that it is a difficult task for the Italian team, known for its defense, to score 3 goals in a single game during the regular time of the European Championship finals. According to media statistics, before this tournament, this number was 0. And now after two games, the number turned into 2. 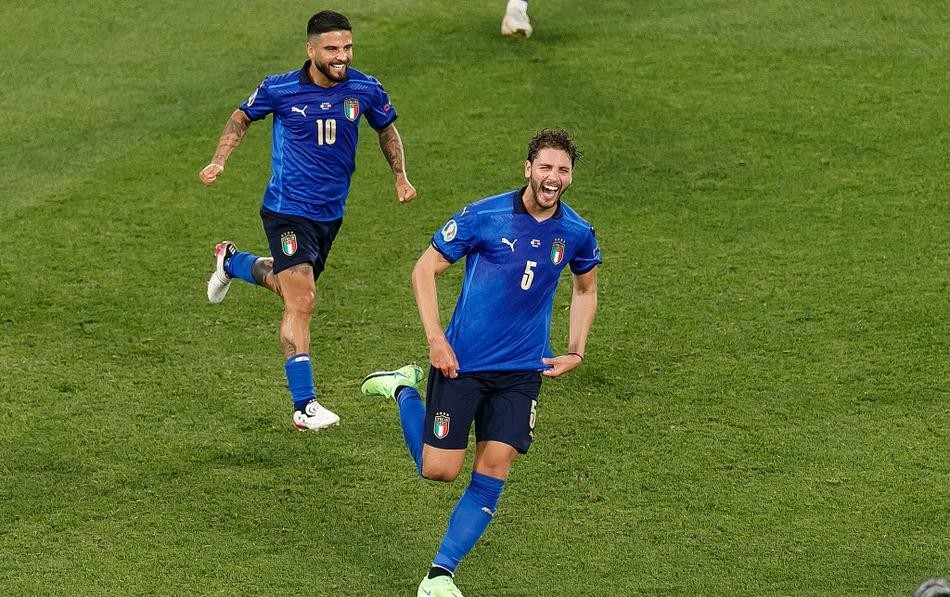 The data shows that, including this game, the Italian team has been unbeaten in 29 consecutive games in all competitions, and all of them have won nearly 10 games. Some people may say that for the Italian team, winning in the world preliminaries and friendly matches don’t mean anything. However, the reality is the Italian team scored 31 goals and missed none of a goal in these 10 games. All showed great strength on both offensive and defensive ends. Among them, it also includes two European Championship matches.

"I want to dedicate the first goal to my family and the second goal to the Italian fans, because we play to make them happy again," Locatelli said after the game. The Italian team has already proved that they are working hard for this by their performance on the court. 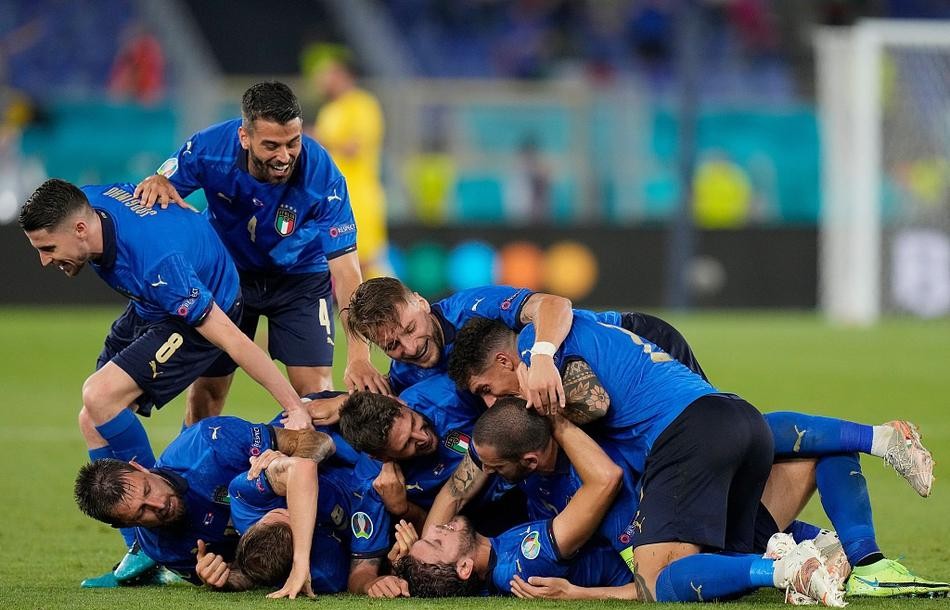 #who won the italy vs switzerland game

#champions league round of 16