After winning this season’s cup and league championships, the Dutch Ajax club gave the fans a gift. In Sunday’s game against Feyenoord, the team put on it as the league champion of the season for the first time. The new Adidas away jersey for the 2021-22 season was unveiled.

The new jersey is presented in a striped shirt with two different shades of blue, embellished with mint green details.

The three St. Andrew’s crosses, Adidas and Ziggo logos taken from the Amsterdam flag are also in mint green, and the dark blue strokes surrounding the Adidas and Ziggo logos and three five-pointed stars are equally eye-catching. In addition, the player names and numbers on the back of the new season jersey adopt a specially designed new font. 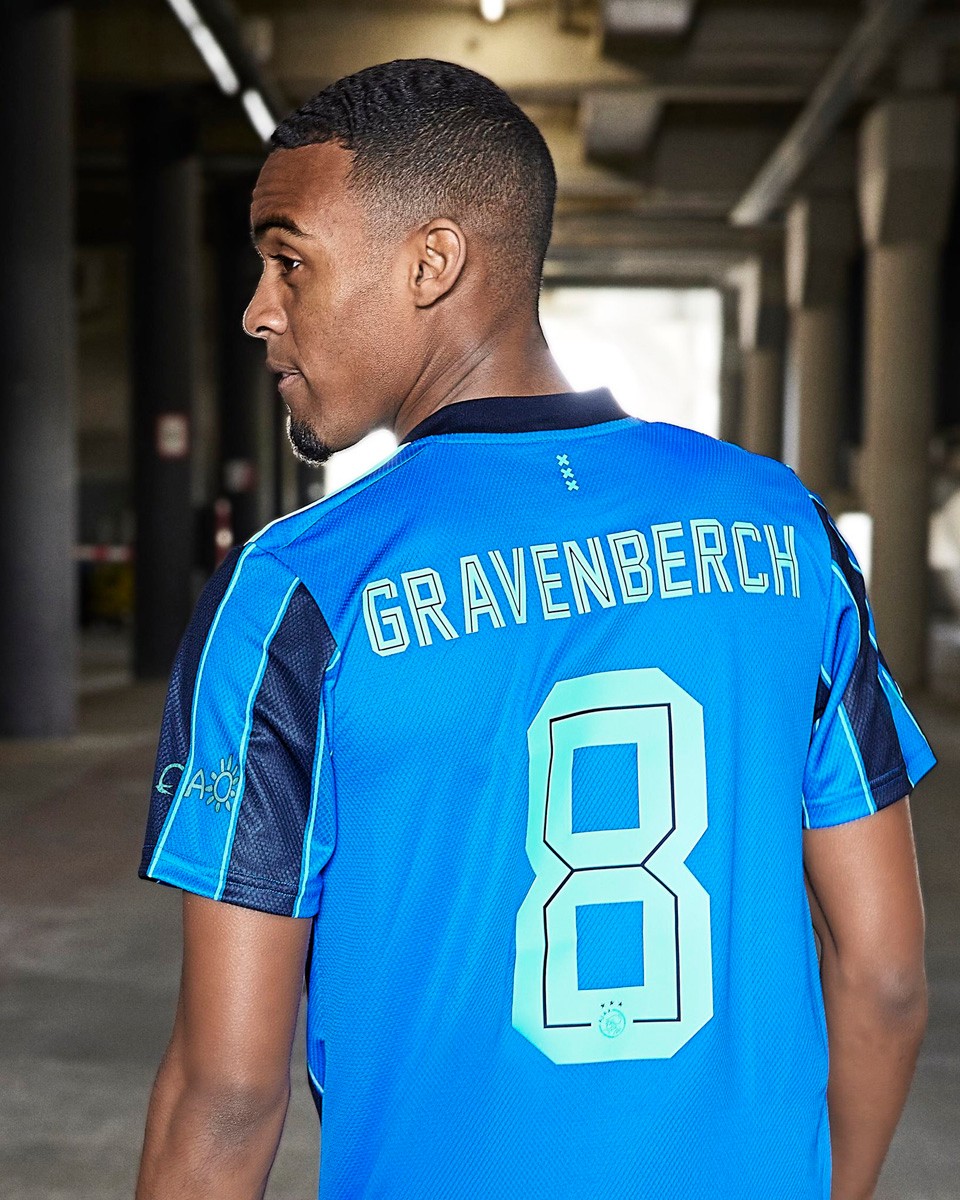