Argentina defeated Brazil at Maracana stadium in Rio, ending Argentina's 28-year major international championship drought and allowing Brazil to maintain an unbeaten record at home for more than 2,500 days. Argentina's previous title win in a major international tournament has been traced back to the 1993 Copa América final defeating Mexico 2-1.

Messi, who has entered his later years in his player career, finally completed his dream of winning the national team jersey with blue and white stripes at the age of 34. The 29-year-old Brazilian star Neymar is still waiting for the first championship of the leading national team. Neymar did not participate in the competition due to injury when Brazil won the Copa America in 2019. The two armies fought fiercely today. Argentina and Brazil each got 5 and 4 yellow cards, 7 of which were in the second half. The only goal of the game was in the 22nd minute. Argentine Rodrigo De Paul made a super beautiful long pass and allowed Di Maria, who quickly advanced to the Brazilian penalty area, to shoot. The ball just passed the Brazilian goalkeeper Ederson access to the net. 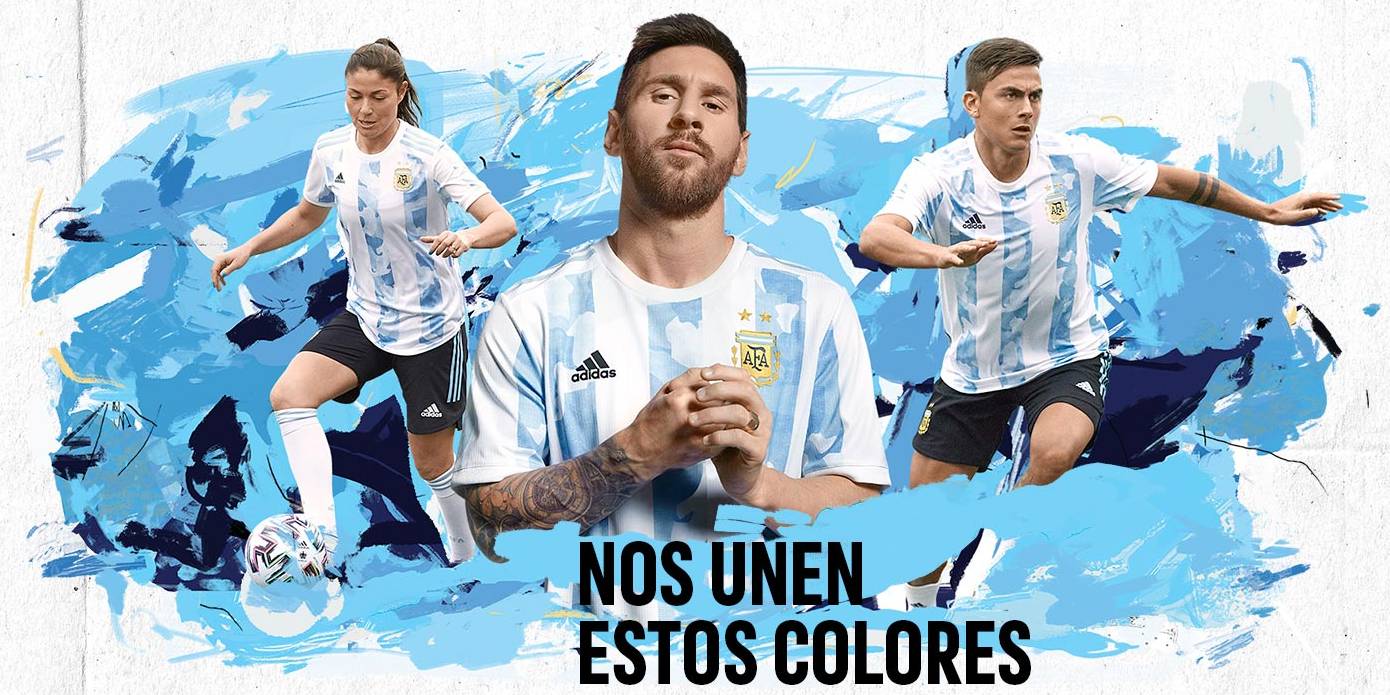 Originally, Messi had a chance to expand the result, but he missed an excellent opportunity to face the Brazilian goalkeeper 2 minutes before the end of the game and failed to add points.

This is the 15th Copa América in the history of the Argentine team, and it has caught up with Uruguay and tied for the most time in the Copa America. Today's win allowed the Argentine coach Lionel Scaloni's consecutive unbeaten games to advance to 20 games, and it also allowed Brazil to swallow its first official international defeat since the 2018 World Cup quarterfinals lost to Belgium.

The team and coaching staff paid homage to the late Diego Maradona, Alejandro Sabella, and Leopoldo Jacinto Luque by wearing special kits featuring their numbers and faces prior to kickoff.

The stripes on the Adidas Argentina 2020 home shirt are more than unusual: they feature an elaborate pattern inside with several shades of blue. The camouflage design of the blue stripes represents the regions of Argentina. The Adidas Argentina 2020 Copa America home jersey has a simple white crew-neck collar while the 3 Stripes appear on the shoulders, sky blue on white.