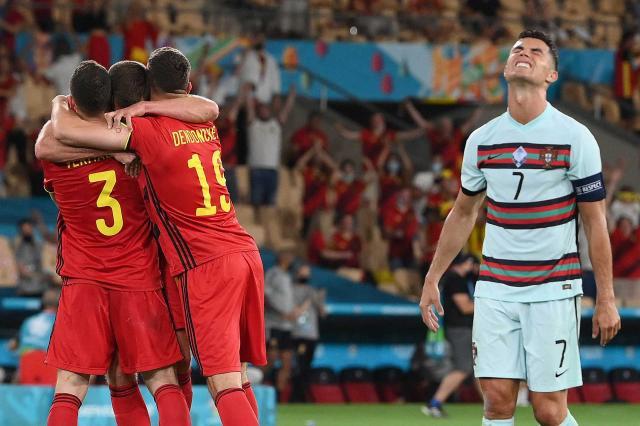 Defending champion stops in the top 16, Ronaldo bid farewell to the EURO 2020

In the early morning of June 28, Beijing time, the focus of the European Championship 1/8 finals was at the La Catuha Olympic Stadium （Estadio Olímpico de Sevilla) in Seville, Spain. Defending champion Portugal lost to Belgium 0-1 and stopped in the round of 16. On the scene, the Portuguese team dominated. But the Belgian team had one of the best defensive counterattacks in the world, and the Portuguese team eventually lost to the Belgian team's quick counterattack. 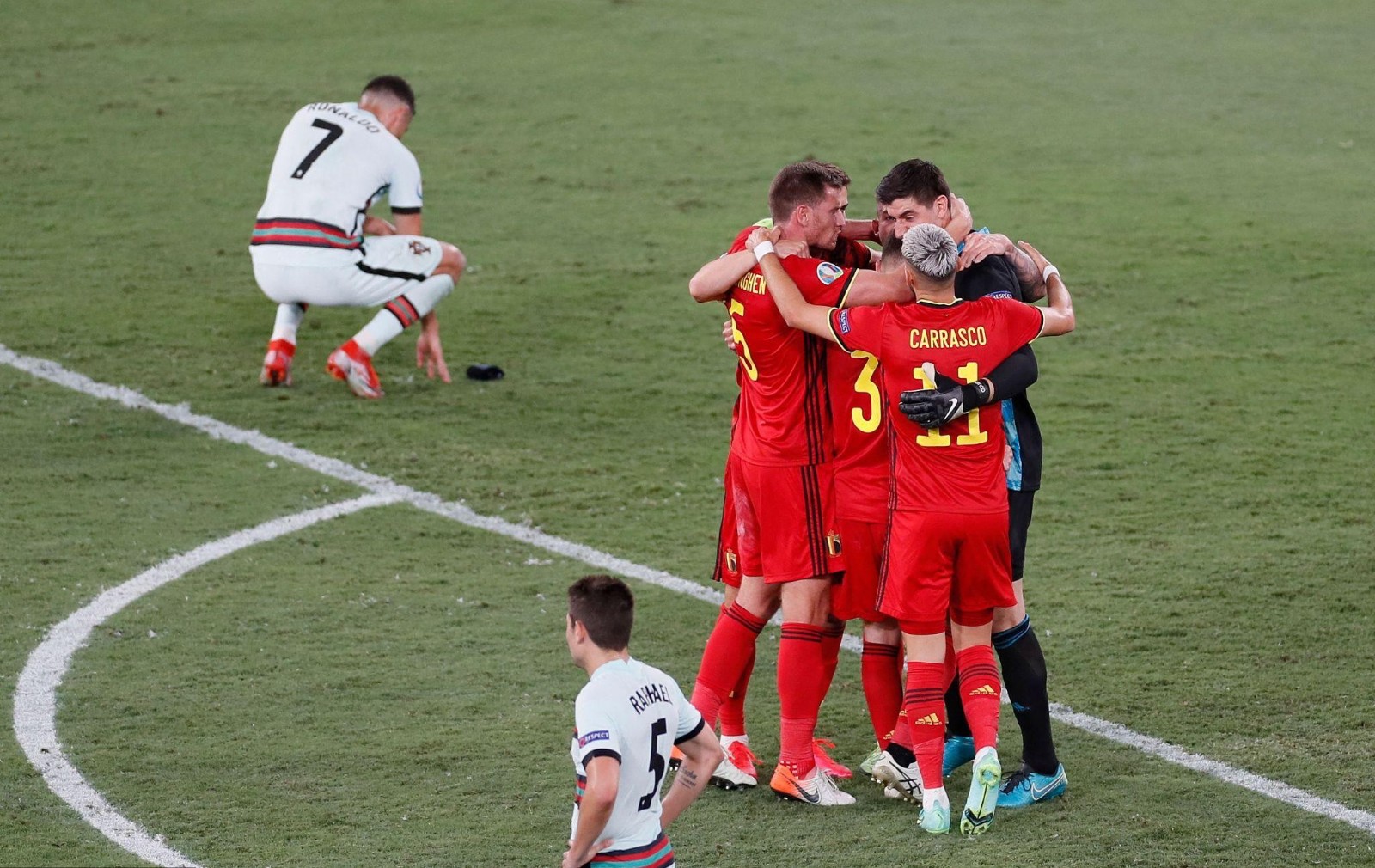 This is Cristiano Ronaldo's fifth European Championship, perhaps it is the last one. The 36-year-old Cristiano Ronaldo scored 5 goals in 4 games (including 3 penalty kicks) and 1 assist in the current European Championship. As of the end of the game, he also led the current European Championship goalscorer list alone. After the game, Ronaldo appeared very helpless and frustrated. He even cast the captain's armband while quickly picked it up again. Perhaps because he realized that his behavior was a bit inappropriate. He hugged his teammates and even his opponents to pay tribute. 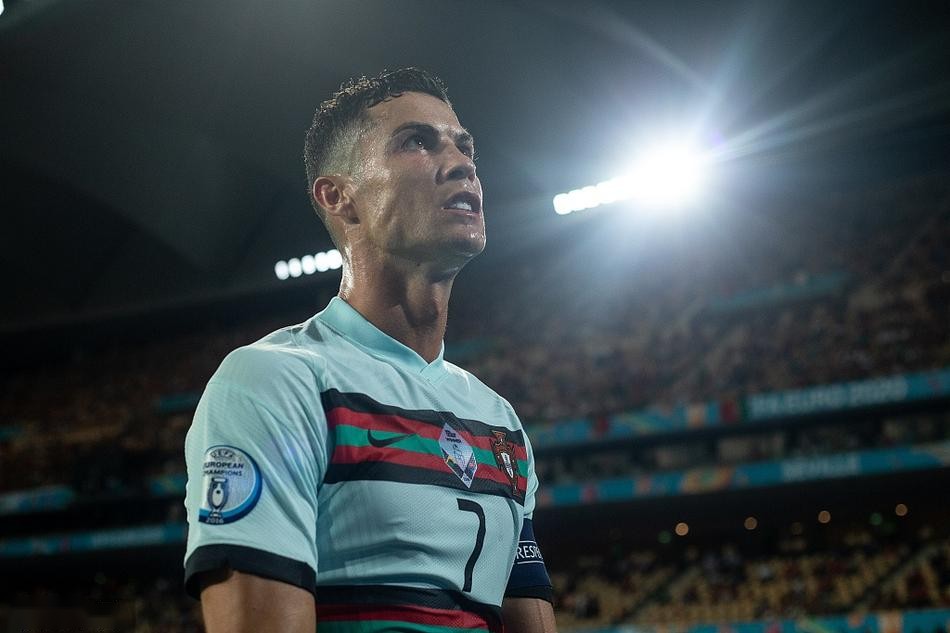 In the past 4 games, Ronaldo scored 5 goals. His total number of goals in the European Championship reached 14 goals, far surpassing Platini, who ranked second in history. Cristiano Ronaldo not only became the best scorer in the EURO history of the tournament but also tied the world record for scoring by the Iranian star Ali Daei (109). For Ronaldo, who is 36 years old, next year's World Cup is very close, but the next European Championship is a bit far away. By 2024, Ronaldo will be 40 years old. Even if he can persist, it is impossible to expect him to be in the same state as it is now. 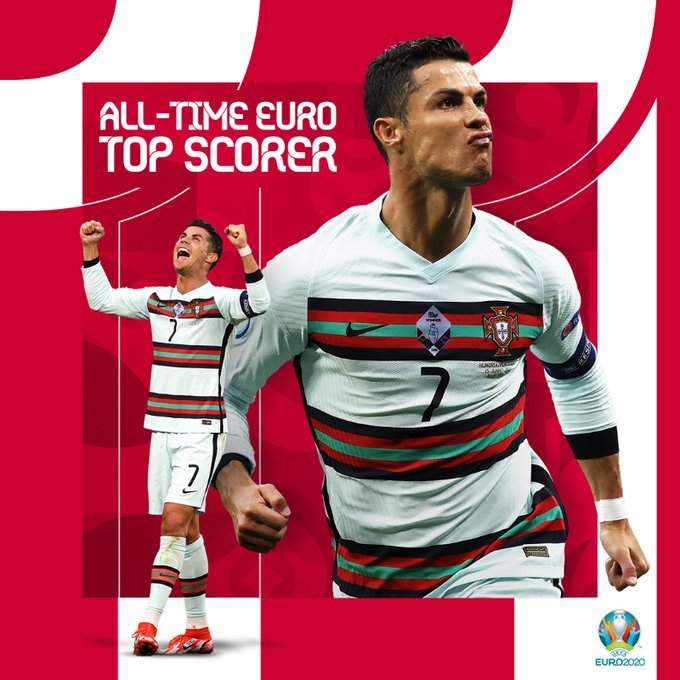 Portugal’s European kings will celebrate their achievements with gorgeous 2020 series of costumes, matching the team’s status as the defending champions of the European continent. 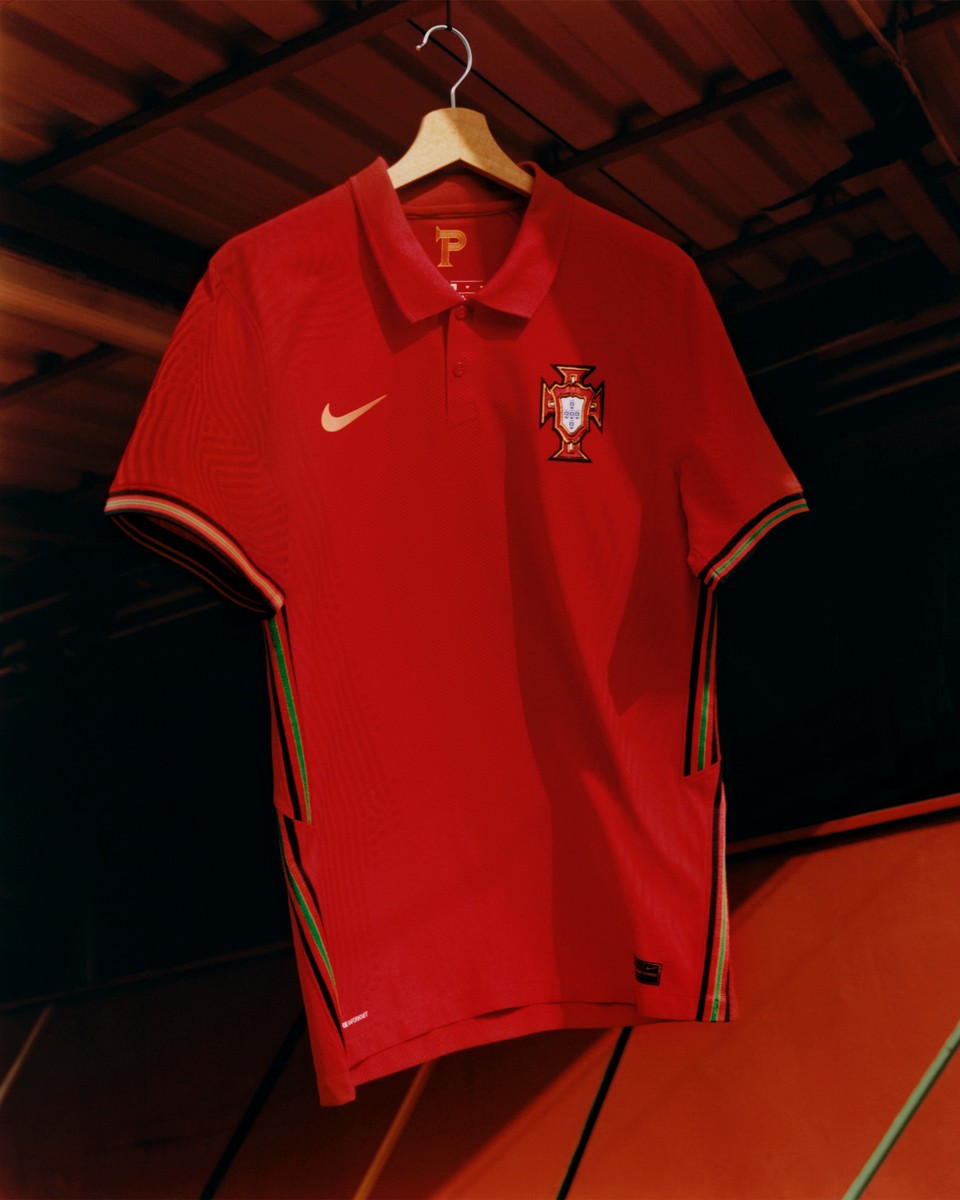 "I think the home jersey is fully in line with the identity of the champion, while the away jersey is all about talent, confidence, and style. These are the characteristics of this team," Nike Football Apparel Vice President Scott Munson said.

Neat and elegant, the Portuguese team’s traditional red and green home jersey is embellished with gold, creating a new image that can match the identity of the football king. The design of the lapel gives the jersey an exquisite texture, as do the red, green, and black decorations on the cuffs and sides. The golden player number complements the badge decorated with gold trim, and there is also a golden "P" letter icon inside the collar of the jersey.

The green shorts returned for the first time since 2004 when captain Cristiano Ronaldo stood on the stage of the European Championship final for the first time, and the ring pattern on the red socks was in the same vein as the decoration on the jersey.

The Portuguese team’s new away jersey is an extraordinary innovation. It is based on teal green and inspired by the team’s 2016 away jersey, while the solid horizontal color stripes are taken from the team’s 2018 pre-match training jersey. The bottom of the three stripes wraps around the back of the jersey, and the black cuffs and side strips complete the design. The teal green shorts and socks make the appearance more perfect, and the socks are decorated with the same colorful ring pattern. 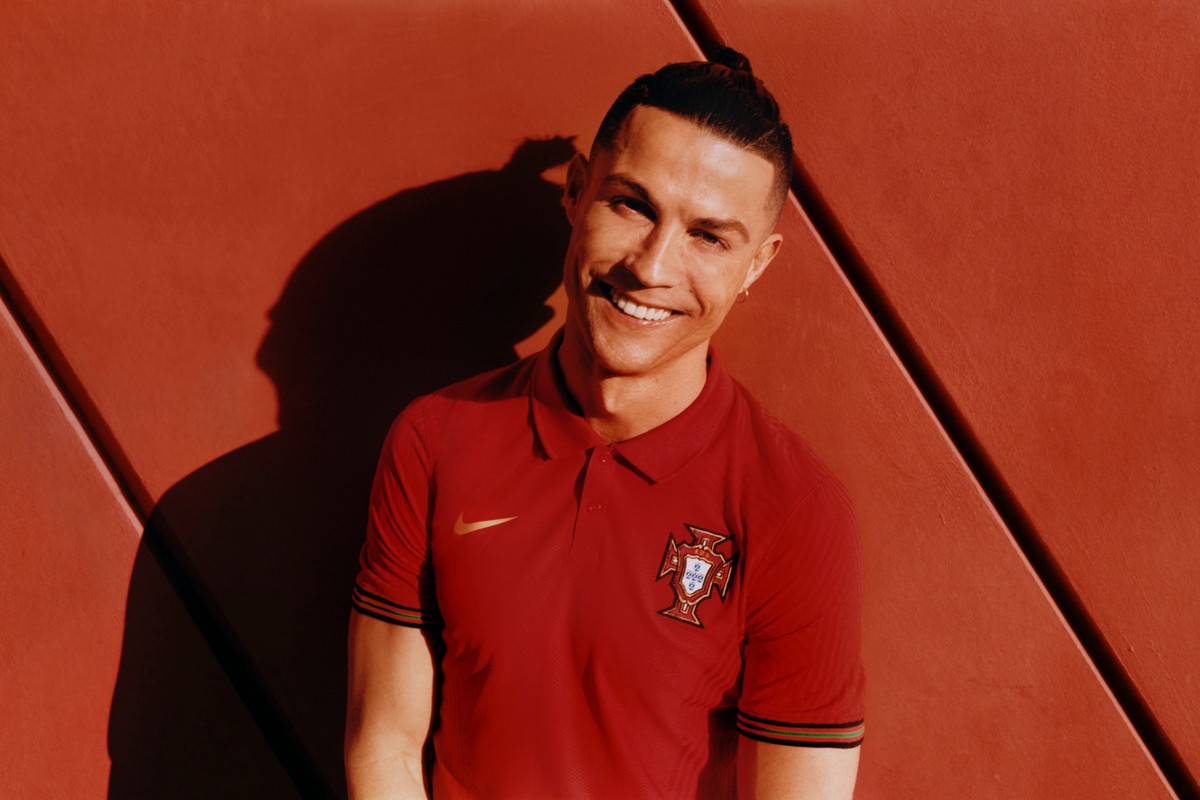 "Whether it is the home, away jerseys, or pre-match training shirts all look great," Ronaldo said. "We haven't worn green shorts for a long time, and I am very happy to see its return. Especially the away jerseys. It’s really beautiful and cool."