Over the years there has been some terrific individual displays from Roy Keane’s heroic display in the Champions League semi final against Juventus in Turin to Mark Viduka’s four goals against Liverpool at Elland Road and today we take a look at some of the finest individual performances the footballing world has ever seen. 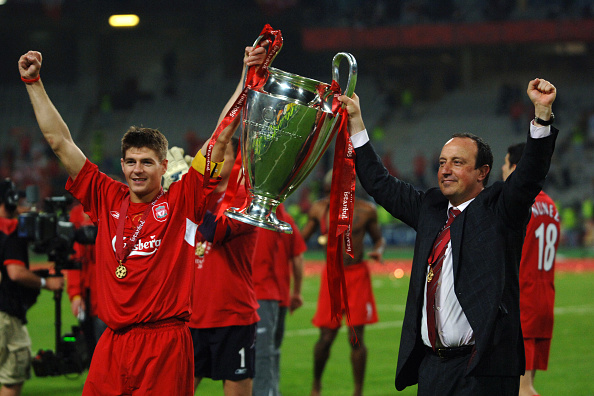 Champions League Final in Istanbul, 25 May 2005

3-0 down and all but out few if any would have backed Liverpool to come back against AC Milan that night but that dream was about to become reality as Liverpool overcome the odds beating AC Milan on penalties to win a historic fifth European Cup with skipper Steven Gerrard leading the way.

Gerrard’s early second half headed goal started the comeback against the Italian giants and two more goals from Vladimir Smicer and Xabi Alonso followed as the comeback became complete. Even as the game wore in into extra time he continued to give his all and never gave in and his passion on the field was a key reason in Liverpool’s comeback.

Throughout his career Gerrard had many fine moments but for me this one tops of the lot. He was just superb and his performance against AC Milan arguably ranks as the finest of his footballing career.

Having joined Arsenal back in the January transfer window Arshavin was already making quite a name for himself at the club but I doubt anyone could have foreseen a performance like this coming.

It was a night when everything went right for Arshavin everything he touched turned to gold as he scored four goals vs Liverpool at Anfield. To score at Anfield alone is quite an achievement but to score four was simply incredible.

His first goal of the night didn’t arrive till the 36th minute. After a rather tentative opening half an hour the game exploded into action just after the half hour mark where Arshavin got on the end of a lovely Cesc Fabregas pass and smashed the ball into the roof of the net.

His second of the night came midway threw the second half as he smashed home a long range drive into the right hand bottom corner and not too long after he scored his third getting on the end of a mix up in the Liverpool penalty area tucking the ball past the Reds keeper Pepe Reina.

His fourth and final goal came in added time after finishing off a lovely counter attack goal slotting the ball away into the back of the net.

It was a night to remember for Arshavin and is one which is unlikely to ever be repeated. 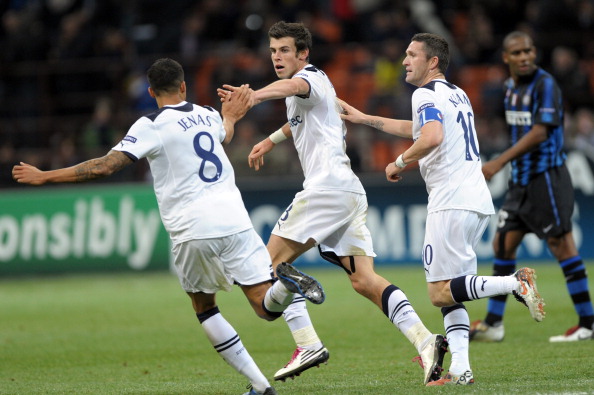 This was the night when Gareth Bale announced himself to the footballing world. Bales talent was obvious but this 5-star performance from the Welshman put Bale on the world stage and he took Inter Milan apart by scoring a stunning hat trick.

Right from off Bale looked like he meant business. His lightning fast pace down the flanks combined with his excellent trickery and dribbling on the ball made him a real menace to the Inter back four with Maicon in particular struggling the most.

His performance alone may not have been enough to win the game for Spurs but for Bale on a personal level this was the game in which he announced himself on the world stage and was one of if not the best performance of his footballing career.

There have been few if any better entertainers in the game than Ronaldinho. Blessed with brilliant trickery and sublime dribbling Ronaldinho will ultimately go down as one of the greatest entertainers the footballing world has ever seen.

He was one of the those players you got excited about whenever the ball was at his feet.  You just didn’t know what he was going to do next and when Barcelona faced Real Madrid in the Bernabeu in 2005 the Brazilian produced arguably his finest performance.

You know you are good when the opposition fans applaud you and that’s what happened as Ronaldinho took Real Madrid apart scoring two goals he helped Barcelona defeat their Spanish rivals 3-0. 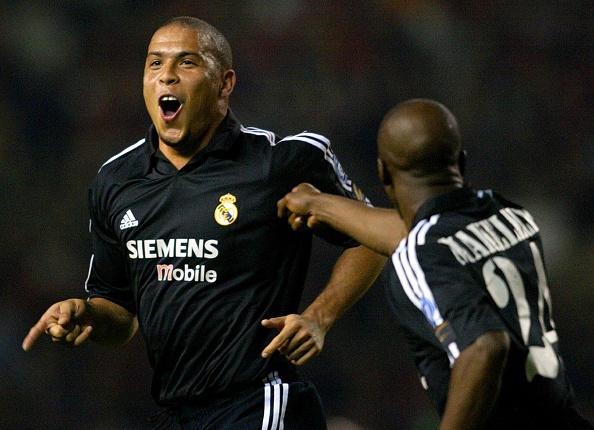 As strikers go there have been few better than Brazilian Ronaldo. Having played for PSV, Inter Milan, AC Milan, Real Madrid and Barcelona Ronaldo played for the best football clubs on the planet and in doing so become one of if not the greatest goal scorer of all time and when he faced Manchester United in the spring of 2003 he produced one of the finest ever individual performances of all time.

Its not very often you get the away fans to applaud  your performance but that’s exactly what happened as the Old Trafford faithful applauded Ronaldo’s marvelous performance. Its likely we will never see again another striker as good as Ronaldo he was a real one off and on that night he shown exactly just how how special of a player he was.