Adidas released the brand new Arsenal Club’s new away jersey for the 2021-22 season. Inspired by the 1971 away jersey, it pays tribute to the Gunners’ wins in leagues and cups and the FA Cup trophy at Wembley Stadium.

Going through the design of the entire jersey, the Cannon logo replaced the previous club badge, which will also become Arsenal's first Cannon logo jersey in the Premier League.

The new away jersey uses a pearl lemon yellow color scheme, the body is decorated with the college navy blue brand logo, and the sleeves are embellished with dark red details. Also worth mentioning is the cannon logo on the jersey. The last time the team used a cannon to replace the team logo design can date back to the 1988-90 season when the jersey was also designed by Adidas. The new badge will also appear on navy blue shorts and light yellow socks. 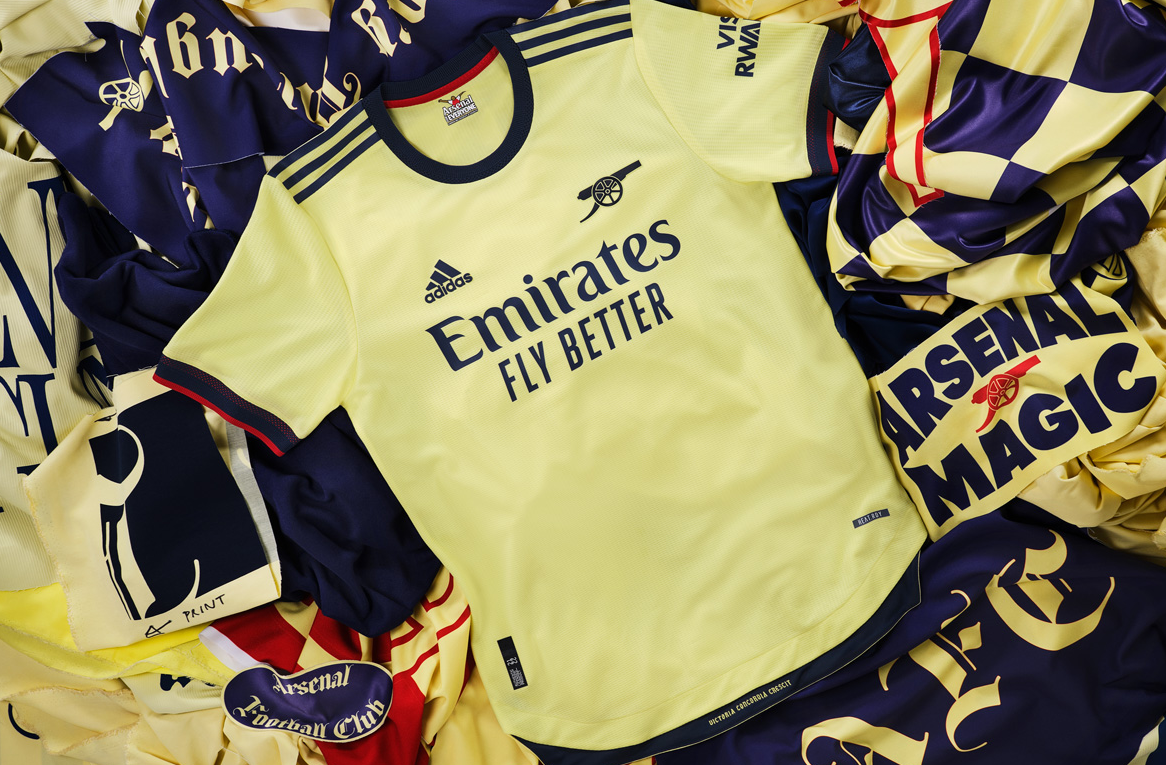 The bright lemon yellow is clearly distinguished from the red home jersey. Very recognizable. All of Arsenal's 2021-22 season jerseys are decorated with the "Arsenal for Everyone" logo on the back collar, which is intended to pay tribute to the diversity of the Arsenal family. Arsenal for Everyone is a diversity and inclusion movement launched by Arsenal in 2008, hoping to make every member of the team's community feel the same sense of belonging. 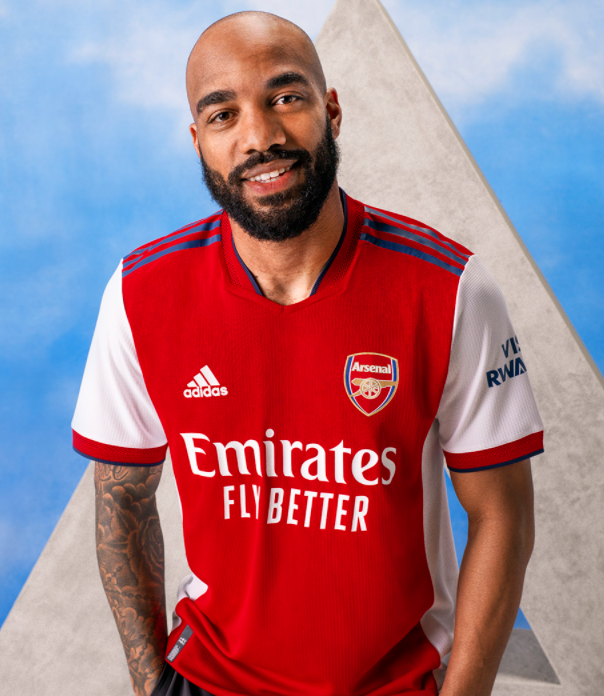 The new jersey will be launched in two versions, a player version, and a fan version. The player version of the jersey is equipped with Adidas HEAT.RDY technology promotes cooling and perspiration, creating a refreshing body feel and helping players cool and confident to play. The fan version uses AEROREADY technology, which is comfortable to wear and ready for athletes.