On June 14, Beijing time, the Nuggets played against the Suns at home in the NBA playoffs. Before this, the Nuggets had fallen behind 0-3 and basically had no hope of a comeback. The suspense is whether the Nuggets will be swept out. In the end, the result of the game was not surprising. The Suns defeated the Nuggets with a score of 125-118 away and swept their opponents with a total score of 4-0 to become the first team in the league to reach the conference finals and advance to the Western Conference Finals.

Paul contributed 37 points and 7 assists, Booker had 34 points, 11 rebounds, and 4 assists. Nuggets MVP Jokic played only 28 minutes and was expelled for a malicious foul. 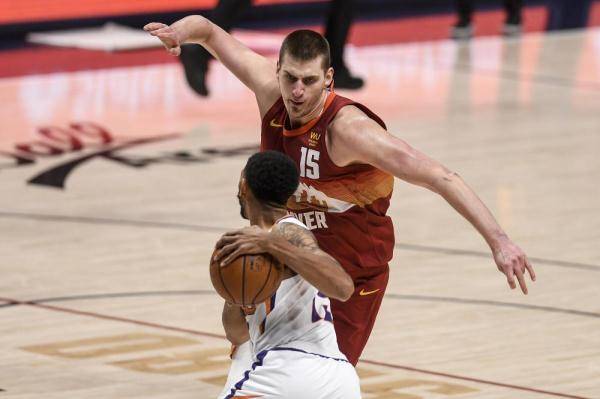 In this game, the Suns turned away in the first quarter and performed well on the offensive end, while the Nuggets were under too much pressure and efficiency was relatively low. The Suns led 28-22 in a single quarter. In the second quarter, the Suns continued to attack, Paul and Booker performed well, and the Nuggets' offense also improved, scored 33 points in a single quarter, but the Suns also scored 35 points. The Nuggets' biggest problem is their defense.

In the third quarter, Paul of the Suns continued to get a score. During the first 7 minutes, he scored 12 points on 6 of 6 shots and helped the Suns to open the score with a mid-range shot. The Nuggets' new MVP Jokic's mentality completely collapsed. In one round, he fouled the Suns' Payne and directly knocked down the opponent. In the end, Jokic was expelled by the referee and committed a second-level malicious foul. And Booker of the Suns came forward for Payne, questioning Jokic, and in the end, he was also called a technical foul.

The Suns successfully swept the Nuggets 4-0 and advanced to the Western Conference Finals. It is a very admirable team. You must know that the Suns missed the playoffs last season, but this year they are going to play in the conference finals. It is almost a complete jump. 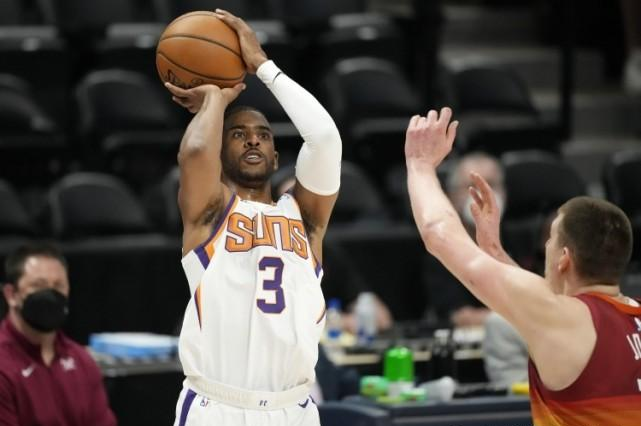 In this campaign, Paul scored 37 points and 7 assists. His personal performance was too excellent. In the star confrontation, he beat Jokic. Although Jokic is the MVP, he is still far behind Paul in terms of control of the game. Now, Paul led the team into the Western Conference Finals. In the 17-18 season, Paul teamed up with Harden to lead the team to the Western Conference Finals. After a year, Paul did it again. Today, 36-year-old Paul will continue to lead the team to the championship, with 8 victories still short of 8 games. In the next Western Conference finals, the Suns will face the winners of the Clippers and Jazz.