The World Cup 2022 in Qatar is expected to have a major impact on the already tight football schedule.

Today marks the 221-day countdown to the start of the game on November 21, 2022, and the time in between will be hectic and crowded for many of the world's top players.

While the impact of the coronavirus pandemic has placed unprecedented demands on players due to the crowded nature of the season, the workload will only intensify in the weeks and months leading up to World Cup 2022.

The major leagues, national associations, and confederations have yet to agree on a calendar that would allow the 2022-23 club season to have a six-week suspension for the World Cup, with the knock-on effects of the pandemic already hitting clubs in the summer of 2022. The prospect of starting a lucrative preseason has created uncertainty. But wherever key issues are resolved, those in the middle will be star players who are expected to excel in domestic leagues and cups, European competitions, and international schedules.

One thing is for sure, the World Cup 2022 will have a huge impact on football for years to come, thanks to its November-December schedule. So what can players and fans expect?

When Qatar announced its bid for the 2022 World Cup in 2010, it was awarded based on the games held in June and July, the same as every competition before it. But concerns about high summer temperatures in the Middle East, which averaged 41.2 degrees Celsius (106.2 degrees Fahrenheit) in June, prompted FIFA to move the World Cup to November-December.

The decision immediately created a major problem for club competition, especially in Europe, where the season traditionally runs from August to May. The last two months of the year are busy times, with plenty of domestic competition and the group stages of the Champions League and Europa League.

With the Qatar 2022 set to take place from 21 November to 18 December 2022, club competitions will face a minimum six-week suspension - with preparations one week before the game and players resuming a week later - so the 2022-23 season must be Reconfigure in some way so that club games and the World Cup can end as smoothly as possible. However, the knock-on effect of delaying the World Cup until mid-season for clubs will affect the start and end dates of the 2022-23 season and possibly the start of the 2023-24 season.

Players have different requirements in different leagues, but if their clubs are successful, top stars can play 55-60 games per season. Then you have the international schedule. Manchester United captain Harry Maguire played more minutes than any other player in the world in the 2019-20 season, with 5,509 minutes in 61 games for club and country last season, according to Transfermarkt. FC Copenhagen defender Victor Nelson was second with 5,366 minutes. 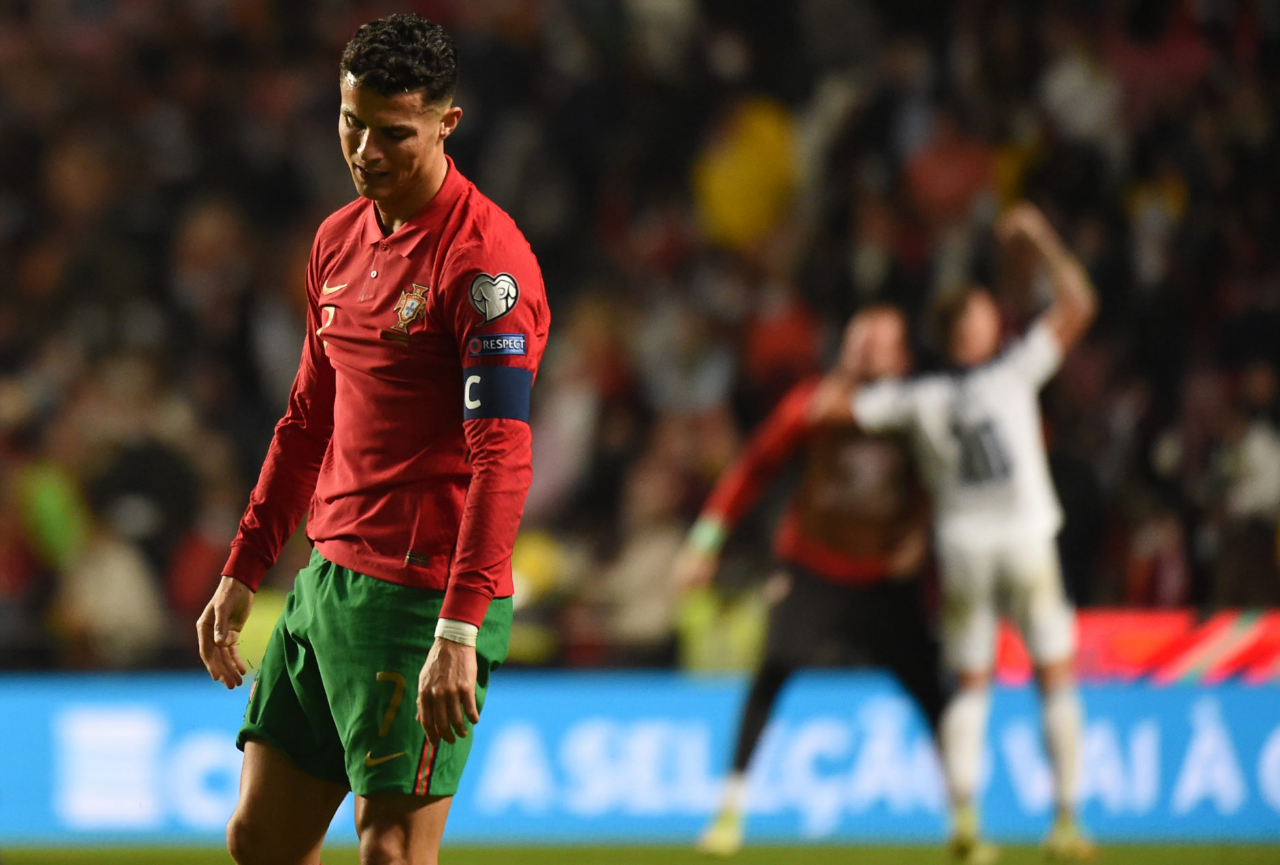 United reached the semi-finals in three games last season, which helped Maguire make a lot of appearances, but teams like Manchester City and Bayern Munich also regularly perform well in all competitions, and top players can make a difference for club and country Varsity over 100 games. Now and the start of the World Cup. But they will then have to play the tournament -- the pinnacle of many players' careers -- and return for the second half of the 2022-23 season. If you play for a team like Bayern, Manchester United, or Manchester City, players can expect to travel to Asia or North America for pre-season in the summer of 2022, which will only add to their game time.

If there is a solution, the rival factions - FIFA, clubs, national associations, continental federations - have yet to agree on these issues.

An obvious answer would be to simply start the 2022-23 club season in early August and extend it to early June, giving clubs more time to play and overcoming the impact of the 4-6 week break in November and December.

But UEFA has already set the 2023 Champions League final in Munich on May 27, a day ahead of 2022 final in St Petersburg, so there is little sign that UEFA will extend their season to deal with the World Cup Disruption. UEFA will also lose to the World Cup for two Champions League/Europa League matchdays, so when will they play? We are still waiting for answers.

As far as the Nations League is concerned, sources released that discussions on start and end dates are still ongoing, but while it seems simple enough to cram into the European fixtures in a shorter time frame like this season, it won't fix what the World Cup needs. Problems finding venues for relocated 4-6 week leagues. 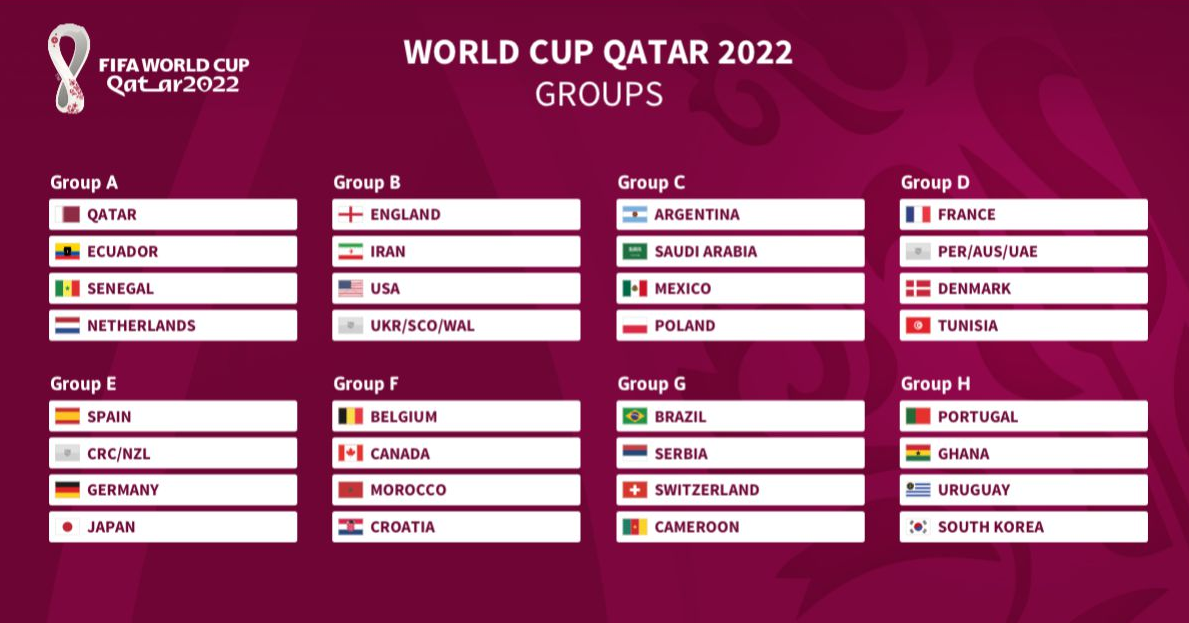 Has the pandemic exacerbated the problem?

Yes. South America's CONMEBOL World Cup qualifiers started last October, but this month's entire qualifying round has been postponed as travel restrictions forced European players to stay at clubs. Those games are likely to be played next season, with the postponed Copa America expected to take place this summer, a year later due to the pandemic.

– Vickery: CONMEBOL’s bizarre decision to go all-in on the Copa

In Europe, Euro 2020 will also take place in June and July this year, so what was supposed to be a free summer for players will now be busy with two major events, plus the postponed Tokyo Olympics, which will involve major countries, such as Germany, France, Spain, Argentina, and Brazil. The pandemic and the postponement of the European Championships, Copa America, and Olympics have hit revenue streams for top clubs, who will miss out on the lucrative summer tour for the second year in a row, making cashing out next summer a financial imperative.

So the impact on the 2021-22 season remains unknown, but any rotation in the sport will inevitably increase congestion and demand next year.

What did the club think?

A number of high-profile club sources said that the World Cup 2022 arrangement was unhelpful and inconvenient, but they had no choice but to accept it. However, sources have also indicated that the club will keep the players until the latest possible departure date from Qatar, possibly using them for league matches a week before the World Cup. Likewise, players may return to clubs a few days after the World Cup, which could be a challenge for players reaching the semi-finals and finals.

International coaches usually go through lengthy preparations for big events, with training camps and friendlies in the works, but that's unlikely to happen in 2022. Hopefully, the clubs insist the World Cup is what they want, not the other way around.

The European Club Association (ECA), which includes Bayern Munich, Real Madrid, Barcelona, Manchester United, Liverpool, and other major teams, initially urged FIFA to hold matches between April and May 2022 before deciding Move the competition to November-December. After losing the battle, clubs and UEFA blocked FIFA president Gianni Infantino from expanding the Qatar 2022 squad from 32 to 48 teams In an attempt to avoid their players having more games.

Arsenal boss Arsene Wenger says it makes sense to host the World Cup 2022 in winter, but admits it will have an impact on the Europa League schedule.

"I believe that in order to harmonize the world calendar, someone has to give in, be it Europe or the rest of the world," Wenger said. "It would make things easier."

In an ideal world, Wenger's simple plan would do the trick, but arguably the biggest reason for moving Qatar 2022 to November-December is the summer climate, and the same applies to many leagues in Europe, Spain, etc. The heat, France, Greece, and Russia made it impossible to play club games. It will be a similar problem in much of Africa and Asia.

The plan would also force teams in the southern hemisphere to play in harsh winter conditions, so the proposal falls short on climate. Therefore, shifting the football season from March to November will not solve Qatar 2022's problems, even if it can be implemented in such a short time.

Is anyone considering the requirements for players?

There have been growing calls from leading players on a range of issues, but so far the workload between now and the 2022 World Cup in Qatar has not raised concerns. Players often want to play, but coaches are often the ones who say those demands are placed in their squads.