As we all know, successful footballers are the richest athletes in the world, earning millions of dollars a year. In return, most football players love to buy luxury cars, which is understandable. Who bought the most expensive car in 2022? Who is so into black Mercedes-Benz cars? Who is a big fan of chrome-wrapped cars? Today we will take a look at the top 7 football players and their lavish car collections.

Well, don't let poverty limit our imagination. So there are quite a few amazing and extravagant cars on this list. Follow me and keep your eyes wide open. 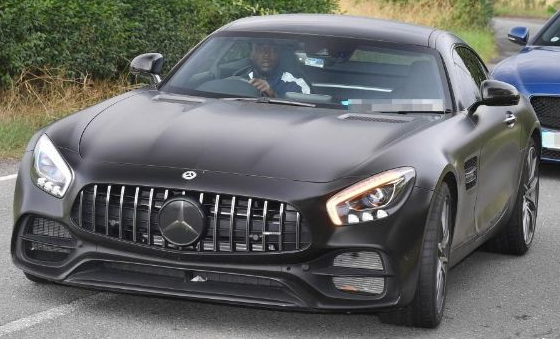 The Frenchman’s love for Bugattis is well known, and he even once showed off a Bugatti Veyron-themed birthday cake for his 30th birthday celebrations. Karim Benzema currently has a sports car collection worth over $3 million. He also owns a real $1.9 million Bugatti Veyron, Lamborghini Urus, and Mercedes-Benz SLR.

As one of the highest-paid footballers in the world, it's easy to understand that Lionel Messi owns a car collection worth around $50 million. How many cars does Messi have? It’s said to be more than a dozen.

Rumour has it that Messi paid a mind-blowing amount of $37 million for a 1957 Ferrari 335 S Spider Scaglietti, the only model in the world at the time. If this is real, this could be the most expensive car that any footballer owes. 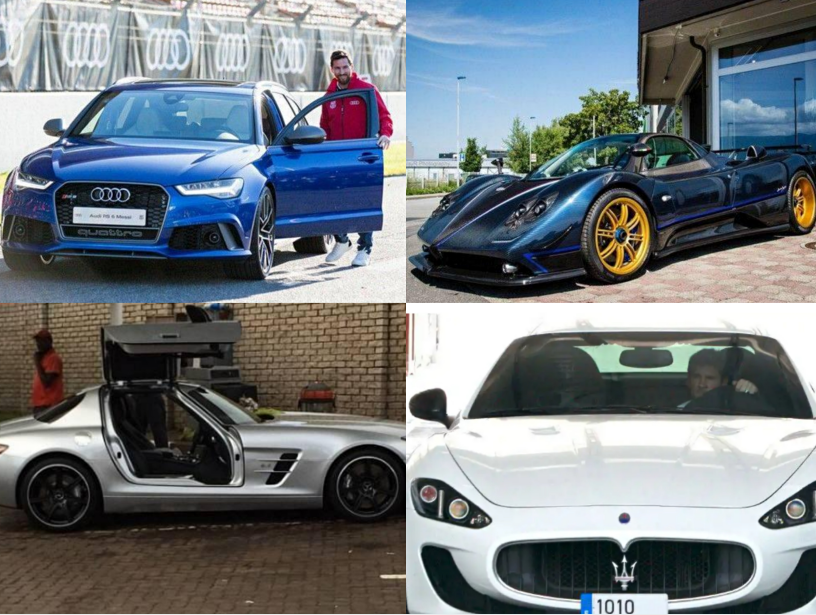 Ronaldo is also well known for his hobby of collecting expensive cars. His car collection is worth $22.5 million. Unlike Messi, Ronaldo often posts his car on social media or on other occasions. There are only 10 Bugatti Centodieci in the world, each is worth $11.5 million, and Ronaldo purchased one of them in 2022. It is worth mentioning that his Bugatti Chiron also has his CR7 printed on it. Ronaldo's garage has three Ferraris, two Lamborghinis, two Bugattis, two McLarens, two Rolls Royces, a Porsche 911 Turbo S, a Koenigsegg CCX, a Bentley Continental GT Speed, a Range Rover Sport SVR and some Audis and a Mercedes. His new favorite is the $225,000 Bentley, bought after being signed by Manchester United for $36 million. It’s no surprise to know that even Ronaldo’s kids are driving a  BMW car(toy). 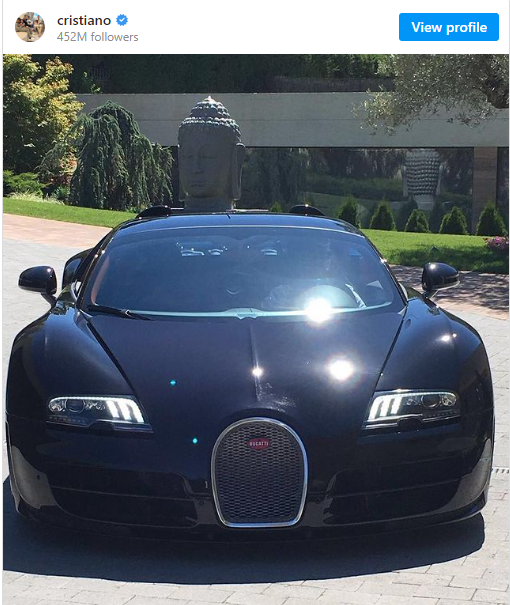 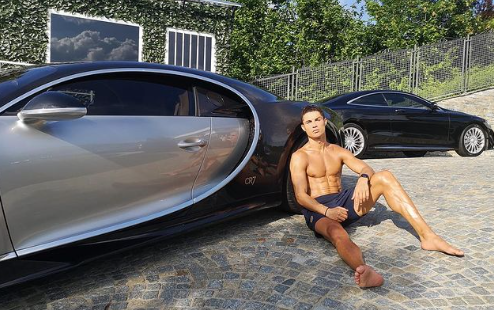 As a famous professional footballer who plays as a striker for the Spanish La Liga club Barcelona, Pierre-Emerick is also a great fan of chrome-wrapped cars. His latest Ferrari LaFerrari is a stunning model for $3 million, making it one of the most gorgeous car collections among all Premier League players. He also owns 4 Lamborghinis, Aston Martins, Audis, and a Range Rover. 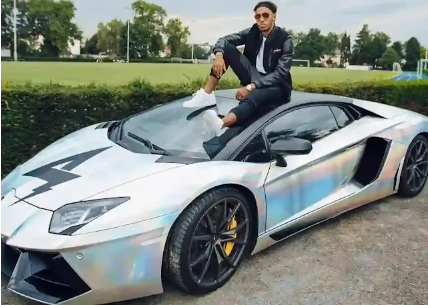 Zlatan Ibrahimovic's love for supercars is no less than his love for football. When he's not busy with AC Milan, the Swedish striker is keen to update his car collection. He has an enviable collection of cars worth hundreds of thousands of pounds.

Zlatan’s car collection numbers are no less than that of other footballers. His Porsche 918 Spyder (£650,000) is enviable. His car collection also includes an Audi R8, a Ferrari 599 GTB Fiorano and a Maserati Gran Turismo.

Captain America Pulisic is reportedly fascinated by his McLaren and isn't afraid to show it off, which is one of the best cars a Chelsea player has ever driven. His other modest vehicle collection includes the following vehicles: Lamborghini Murciélago. Ferrari Roma BMW X5, Audi Q7.