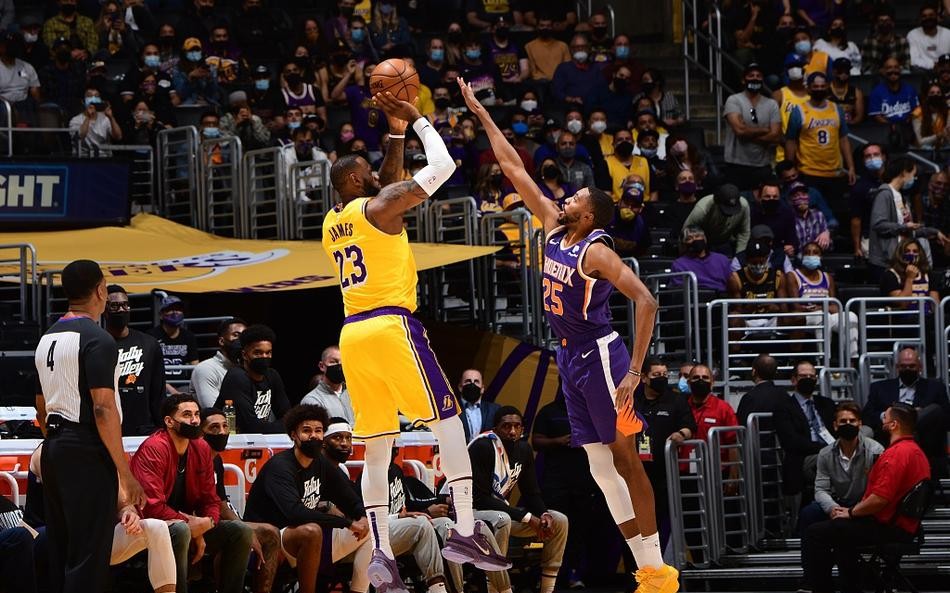 On May 28th, Beijing time, the Los Angeles Lakers defeated the Phoenix Suns 109-95. In this round of the series, the Lakers led by a big score of 2-1. At the same time, the victory of this game was the Lakers' victory in the playoffs at Staples Center for the first time in 9 years.

The team won in the playoffs last time could date back to May 19, 2012, when in the third game of the Western Conference semifinals, Kobe led the team to a 99-96 victory over the Thunder.

Therefore, after winning the game, the fans even shouted Kobe's name: "KOBE! KOBE!". It is worth mentioning that this is the first time in 8 years that the Staples Center once again sounded the slogan "KOBE" on the stage of the playoffs.

In today's game, the Lakers also in memory of  Kobe with a victory, and at the same time, they have also rewritten the big score to 2-1.

We look forward to seeing more exciting games on this stage in the future. Not only Players but also the teams can constantly break through themselves and create new brilliance.