Players are not machines! Sudden fainting of the Christian Eriksen in the EURO 2020, is far more than just fatigue 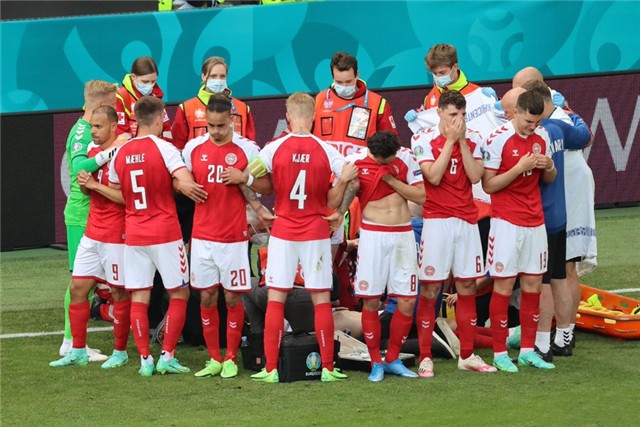 In the early morning of June 13th, Beijing time, Denmark played against Finland in the EURO 2020 group stage. At the end of the first half, the Danish midfielder Eriksen suddenly fell down and was unconscious without the ball, at 42 minutes and 12 seconds of the game. Fortunately, Eriksen regained consciousness at the scene after promptly and quickly rescued, and was then taken to the hospital. Throughout the rescue process, the Danish players, the opponents of Finland, the staff on the sidelines, and the fans were all praying for him. At this moment, they are no longer Danes, no longer Finns, but as ordinary people, hoping to use their huge beliefs to give to Erickson, who is wandering through the ghost gate, the power to defeat the disease. 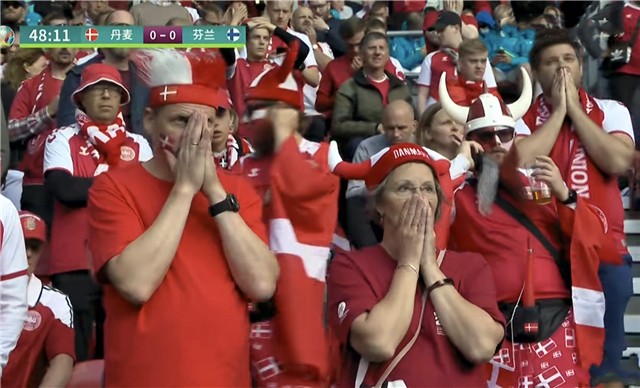 For Eriksen himself, such a danger that occurs requires a further scientific and comprehensive inspection and analysis, but concerns about the players' bodies have already appeared before the official start of this UEFA Euro 2020.

Due to the epidemic, the schedules of the past two European football seasons have been generally compressed. The direct consequence is that many players have just finished their heavy club tasks and immediately have to make every effort to achieve good results in the 2020 UEFA European Championship.

Take the Premier League as an example. Due to the epidemic, the 2019-2020 season has been delayed until the end of July. After a short break, the new season started again in mid-September, and the schedule of the 2020-2021 season is also very dense.

In the past, every New Year's Eve European football season, the interval between each other is often 90 to 95 days. Players can get at least 3 weeks of complete rest time, and the club can also usher in a preparation period of about 3 weeks for the new season. But in this season, nothing exists.

The Big Six who played in the final stages of the European War last season, such as Bayern Munich, PSG, and Manchester United in the Premier League, have a very short preparation period for the season which is less than 5 weeks.

Kitman Labs describes players as stuck in a season-long "tournament clogging chain" -- so many double - and triple-game schedules a week, with only three or four days between them, that players' bodies can't recover from deep fatigue.

Before Euro 2016, players were able to take an average of 4.5 days off between matches. However, according to Twenty-First Group data firm, this figure has dropped to 3.9 days before the current EURO 2020.

With players from Spain, France, England, and Italy playing for the top clubs, this figure is even lower - with an average of 3.5 days off.

The pressures on players' bodies are known not only to the players themselves but also by the coaches of national teams, who have to strike a difficult balance between training and rest in order to achieve good results.

France coach Didier Deschamps said before the European Championship that physical and mental fatigue will be a big challenge. England manager Gareth Southgate has admitted that he needs to be careful not to "worn out" his players.

England, perhaps the worst affected by this factor than any other teams, has players on its roster who played an average of 3,700 minutes last season, eight full games more than the average for the whole of the European Cup.

As Wales fitness coach David Strudwick puts it, this European Championship may not be a tactical battle but a duel to see who can make it to the end - a "battle against fatigue".

Physically tired, there is no other way for players to tolerate it. Atletico Madrid's Spain international Marcos Llorente is one of the players affected by the schedule and said during the club's final games of the season that he was unable to run when he left the field: "My brain wants to do more but my body says no."

In order to reduce the influence of physical fatigue for the body, there are teams that even took out a player has to be "Q spirit" - in an interview with the New York times, said after the team began to focus on training, coach team had an unwritten rule: do everything possible not to mention "tired" or the word "fatigue".

The physical fatigue and physical problems may have helped to narrow the gap between the superstars and the normal players making the game more intense, but not at the expense of increasing the players' risk.

Hopefully, Eriksen's downfall will serve as a reminder to the world that players are not machines, let alone money-making tools for the biggest owners. Football is never superior to life and death, and we want it to be far from life and death!